A friend brought his guitar to me to fix.    The most serious problem was the action… about 1.6 mm too high at the 12th fret for both the bass and treble E strings.  The cause: the neck had pulled up  a bit, the top had bulged.    Here is a picture before I started working on it. 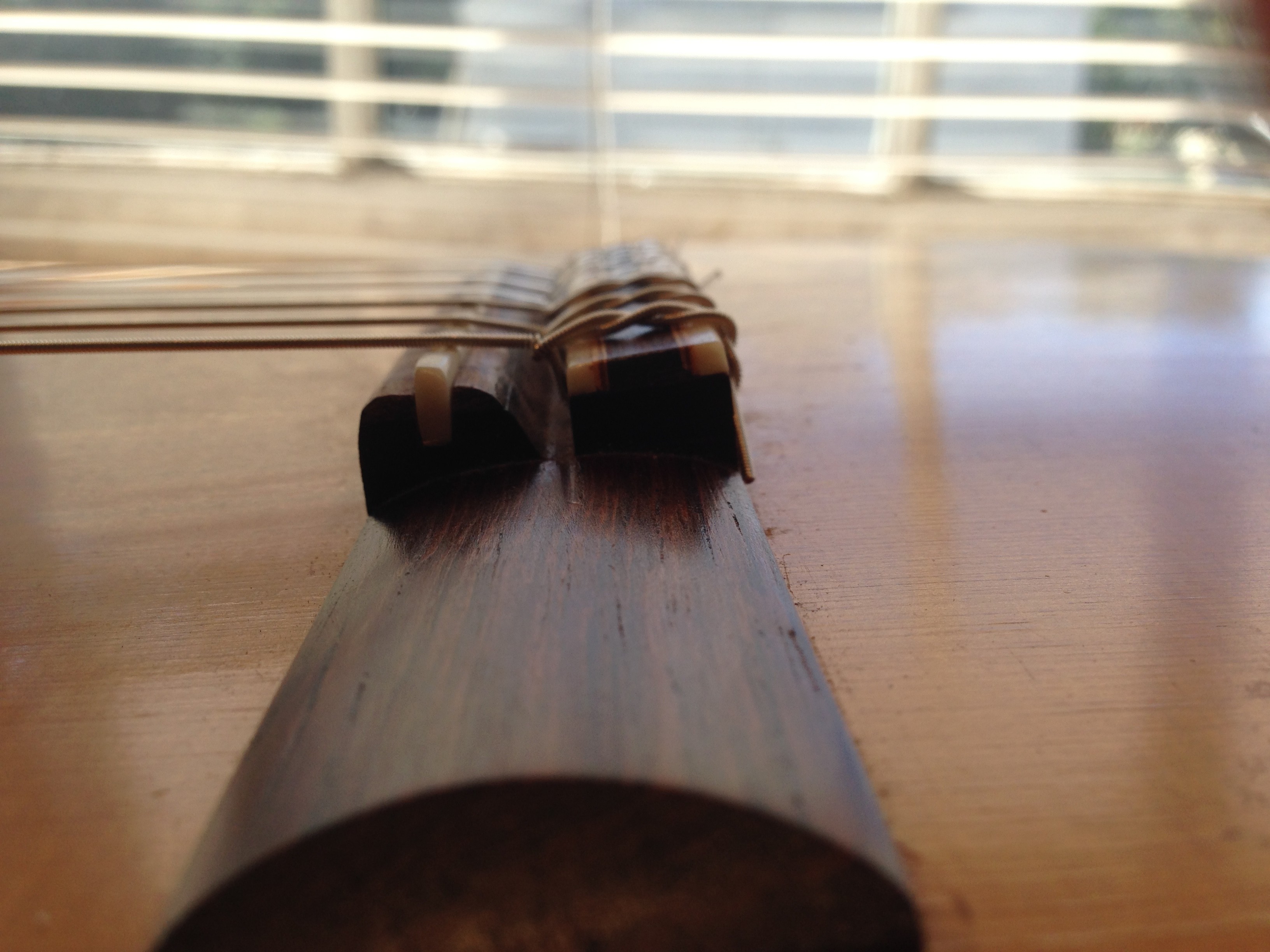 The situation was so bad that I thought I would have to replace the fingerboard.    A long, tedious and risky job.   Instead I re-measured and found that I could change the bridge.  First I made an extra hole for each string so that the tie loop would not pull up the string. 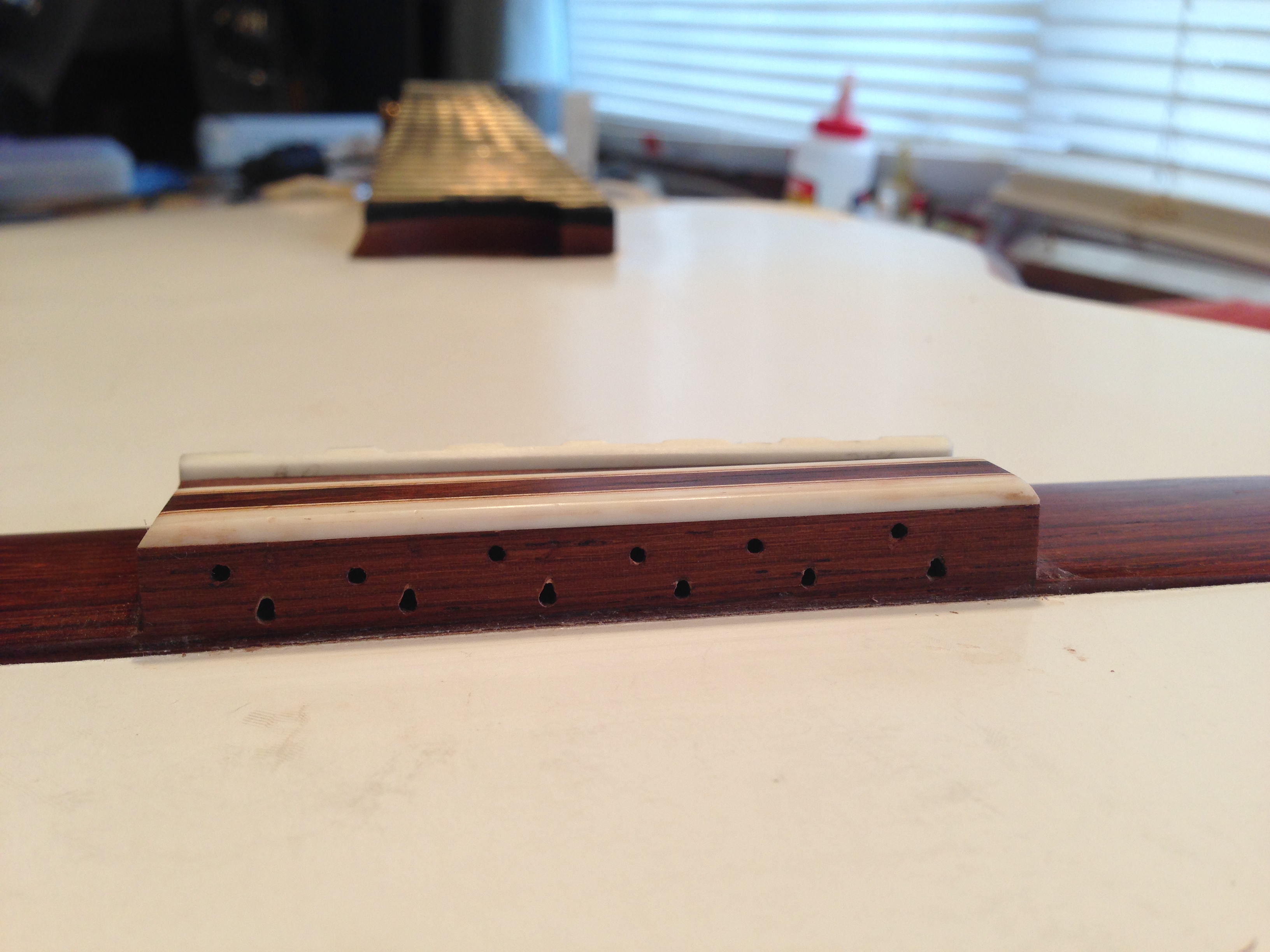 Below you can see the re-shaped saddle support.  Compare it to the first picture in this post.  I also made a new saddle, which fit into the slot tightly. 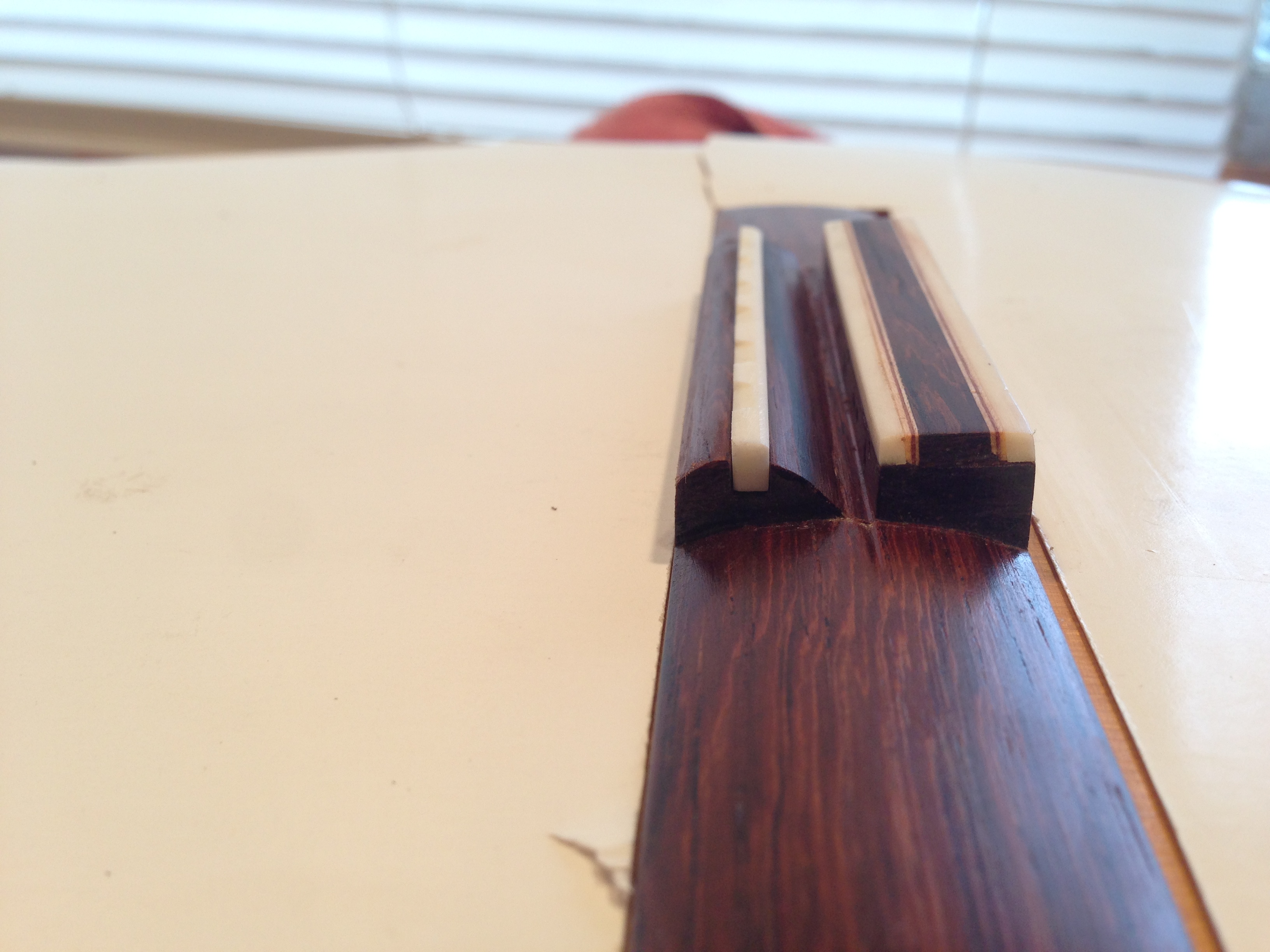 The last picture shows newly shaped bridge from the front with the new saddle shaped to give a nice standard action.  I have a few more things to do on this guitar.  I’ll post pictures of the bridge with strings on later.

Luthier in the northwest of the Northwest. Classical guitars, custom instruments, repairs and restorations.
View all posts by steve →
This entry was posted in workshop and tagged action, adjust, bridge, repair, tie-block. Bookmark the permalink.