This guitar is no longer for sale.  But you can still read about it.

USED and well loved.  Burnaby is the first guitar I worked on after I moved to Blaine.  It was named for the nearby town and as a pun of Bernabe (the spanish guitar builder). 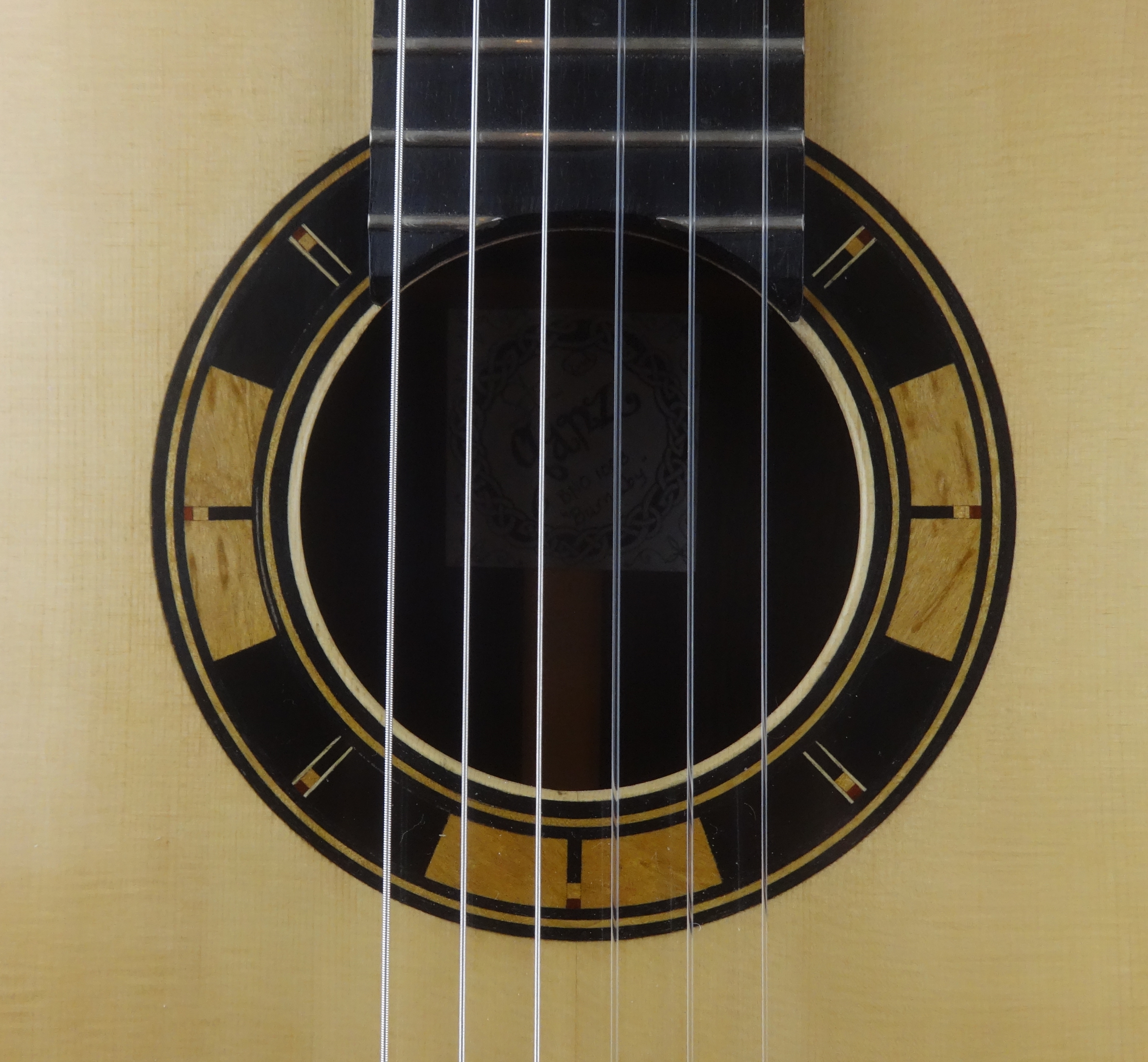 This is a smaller body.  It has been kicking around here for the last 8 years or so as my shop guitar and often as my player.  (I play in a guitar ensemble.)  It was the first guitar I built with double sides (2009).  Originally it had a Bernabe style X-brace top.  I changed it for a different top a several years ago.  It plays nicely.  It is a forgiving guitar, very warm for a spruce top.  The slightly raised fingerboard does help a bit with fretting above the 12th.

Malaysion Blackwood is pretty and is a nice sounding tonewood.   The top is Engelmann Spruce.  Neck is Spanish Cedar.   The finish is French polished shellac.  It has been touched up in 2016 so it looks good.

This guitar is Burnaby, with hard shell case it’s affordable for the student or casual player.  It is priced to find a good home.  The price:  $1700. US.  This guitar deserves to to be played. 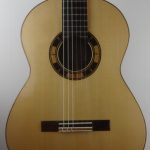 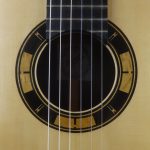 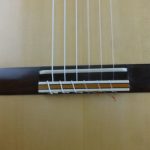 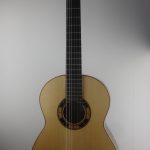 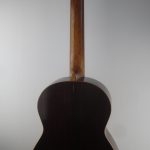 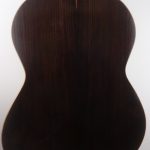 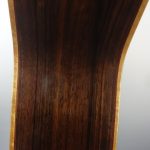 when the light shines 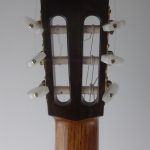 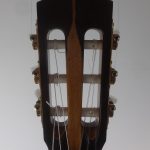 Since I’ve had this guitar as my personal player for so long, I’ve made a few recordings of it over the years.  You can find them on the Music page at ganzguitars.com : http://www.ganzguitars.com/music/