I’ll be at a guitar festival this weekend. La Guitarra California.
I started two guitars in the last week of July. Challenging to get them done before I had to leave Blaine, but they went together pretty nicely. Finishing was abbreviated however. I had planned on that. Sometimes it is a relief to work to a deadline rather than a high standard. Still I have minimum standards the guitars had to meet. Primary is playability. They have to be alive for me to put my label in. The finish, french polish, has to be dry enough for the player to put the guitar on their leg and under their forearm, and to withstand body heat without melting. The tuning machines have to be serviceable, there has to be a decent case. So I came up with these guitars that met and exceeded my criteria. 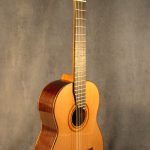 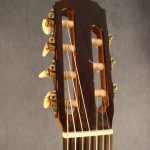 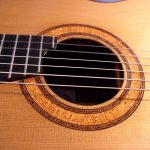 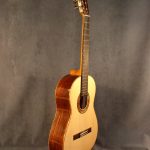 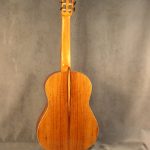 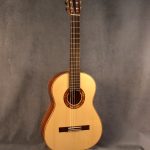 I was going to take three guitars. The two I earmarked for La Guitarra, and another one for a gent who lives in Central California. I left his in Blaine… It was built to a very high standard. Would have been nice to have it to show, but life is full of difficult choices.

Luthier in the northwest of the Northwest. Classical guitars, custom instruments, repairs and restorations.
View all posts by steve →
This entry was posted in workshop. Bookmark the permalink.