For an individual luthier, labor is the most expensive part of any instrument.  That is why quality materials are so important.  However, when creating a prototype, downgrading the materials just a bit can be freeing and challenging.  In this case, the challenge was to build a nice, playable, powerful instrument as quickly (and inexpensively) as I could.  This is also a bit risky, because as a builder, I don’t want a poor piece of work floating around with my name on it.  But I wanted to experiment with a double top with my own particular methods and materials, so I built this guitar out of pretty decent stuff, but not my best wood.

The idea for the top construction was stimulated by Frederich Holtier at a Healdsburg festival a couple of years earlier.  His implementation of the idea was totally different, using cnc to rout a honeycomb into the top.  My idea was to simply have channels routed into the top.  I came up with a quick and clean way to accomplish the double top,  and then I build the guitar in about 10 days, and finished it in about 4 days with a water based spray on finish.  A quick guitar.

As you can see from the pictures below, the top has no traditional bracing, just a bridge patch.  Also you can see, with backlighting, the channels in the top.

When it was done, I sent it off to the first tester, who sent it to the second after a few weeks.  I think it was fun for the testers and I learned a lot from their feedback, which was very positive about the feel of the guitar.

The sound?  Pretty good.  Very even.  Slightly lute like, some power in reserve.  I continued experimenting in this vein, but I personally preferred my traditional topped guitars.

Playability and feel were remarkably good.

Anyway, I met some interesting guitarists along the way and added to relationships with others.  And they added to the guitar along the way !  For instance, Perf de Castro added a tap-plate to the guitar so he could play 8 string flamenco…  Several players made recordings, including, Rod Lewis, Perf de Castro, and Angelito Agcaoili which is always nice…. Angelito’s recital of the Weiss is pretty special. 11 years after construction, the experimental guitar with modest beginnings has not only survived, but is making music. 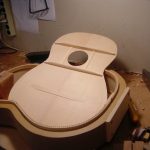 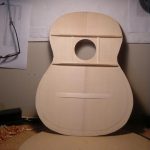 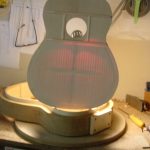 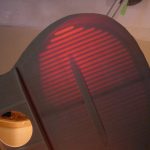 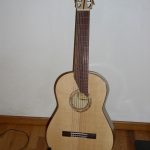 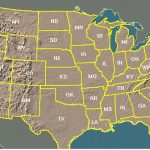 Luthier in the northwest of the Northwest. Classical guitars, custom instruments, repairs and restorations.
View all posts by steve →
This entry was posted in workshop and tagged 8 string, double top, ex8, experimental. Bookmark the permalink.