A few minutes of bliss

All strung up. The top is a satin finish with a golpeador, also low gloss.

Cypress back and sides, spruce top. 700 mm scale. Tuned a fourth below normal.

Nico Audy-Rowland is a composer and musician in the Seattle area.

Here is some stuff you can check out. https://www.youtube.com/c/TrocaderoNet/videos

Here is a sound sample… Forgive the luthier playing. Note the sustain near the end of the piece.

A zen approach to stringing the 6 hole tie block

When I started building in 1970, all tie blocks that I ever saw on classical guitars had 1 hole per string. It dawned on me then that there were other other options. For instance, pegs could hold down the strings, like on steel strings (or like many early 19th century guitars). Another idea occurred to me back then (1970, not the early 19th century): there could be more than one hole per string.

Now it’s very common for tie-blocks to have multiple holes (2 or 3) per string. The first guitar I saw with 2 holes was one played by Marc Teicholz I believe in the early 1990s. So many builders have been using the two hole tie block for the last 30 years, I don’t know who gets credit for using it first. But I like how it looks (below).

Perhaps one asks, why not just 6 holes? Well, there can be a downside to the 6 hole bridge. Mainly that the way the string wraps around itself can cause it to lower the angle that the string takes over the saddle (than piece of bone).

Over the years I have found that there are also problems associated with the 12 and 18 hole tie-block bridges. The problems can be avoided, but sometimes are no fun. Also, more holes to drill means more work. (OK. I’m not lazy, just efficient. 🙂 So nowadays mostly do 6 hole tie-blocks. I think it’s easy to make for me, and easy for players to use. So that is why I made this video. It shows how to securely tie the strings on a 6 hole tie-block.

Not too long ago, a guitar I built in 2002 came up for sale in a shop: Gruhn Guitars, in Nashville. This cat, Dave Richman picked it up, bought it, and started picking it. A transcription by Chet Atkins.

Dave has a youtube channel where he has posted a few tunes. Pick-on Dave!

He says he really enjoys the 640mm scale on the Formal Black Guitar it plays great is well balanced and gorgeous looking and sounding.

Nico: Some wood sets for consideration

Wood for the back and sides. It has to be long enough for the increased length of the body. The sides have to a little longer as well. The pics below can be enlarged by clicking…

First, I’ve had this set for a few years. Tamarind, with spalting. It’s interesting and engaging. It’s not lightweight though, and I think that was something mentioned as important.

The next wood to consider is Spanish Cypress. This is probably the wood that your nylon string guitar was made with. It is sort of yellowish/wheat colored, without much grain feature. It would be a good choice for a baritone. I have many sets of this wood, so here are just a couple of samples.

Next is another blonde wood, Movingui. Lively and interesting grain and figure. Here are two different grain figures.

There are more options. We could explore the Brazilian Rosewood options. There is an necessary upcharge, and the options are limited.

Kyle is just getting started with his career. I believe he’s 18 now. Beautiful music Kyle! Good luck in the Ex-Aequo Competition 2020.

When Jean-Hervé contacted me (2002 or so) about a guitar it was we began to chat about what he wanted: 7 strings, the best wood, (my best work) special design and he specified that I have creative license. OK! As we spoke more, we upgraded the back and sides to African Blackwood. The tuning machines would be a custom (Very!) set of Gilberts.

Jean-Hervé got excited and so did I. In order to execute this design, I needed an extra long roller on one of the machines. So, I made the modification, using “Luthier Know-how” (I’ll try anything that makes sense. And some things that don’t.) So the following gallery has some pics of adapting the machines.

So the tuners came out great. The modification is not quite invisible, but it’s darn close.

2003 is a while ago. I don’t seem to have good pictures of the instrument when it was completed! I included, in my previous post, a few pics that Jean-Hervé took recently before his passing. Thank you Jean-Hervé Paul. Thank you for sharing your music, and encouraging others to share theirs.

A friend gave me the difficult news that Jean-Herve was killed in his home in Haiti in March of this year. He was 54 years young. I won’t go into the grisly details, preferring to recall a little about Jean-Hervé.

I met Jean-Hervé on the phone about 18 years ago when he said he wanted to order a guitar with 7 strings. We had many amiable conversations about the prospective instrument. He wanted the best wood, spruce and African Blackwood. He was a musician who played many instruments. He was a friend of another customer Huayna Jiminez. At the time they were both in Florida.

Here is a recording of him providing backround music to the reading of the Haitian constitution. The words are somewhat inspiring.

Article 6 of the Haitian Constitution:

The house of every citizen is an inviolable asylum.

I’ll write more about the guitar later. It’s a fun one. For now, I’ll just note that I know he loved the guitar and posted pictures he shared a few weeks ago on a social media platform.

Jean, thank you for touching lives with music. May the music of the universe be with you.

Another rendition of Reflection

A few days ago, I posted about Ana Pietrzak playing Reflection on my guitar... Here’s another rendition of Ana playing Reflection. She stopped into GSI in Santa Monica on a recent trip (pre-stay-at-home) to record this video.

A few days ago I introduced Anna and her husband Carl Petersson. Today I want to have a closer look at Anna. First, check out her website: http://annapietrzak.com/en/anna-pietrzak . She has lots of information there, lots of biographical details, recordings, videos, schedule of engagements (as of this writing I don’t know how this may be disrupted due to the corona virus), photos. Here’s one with her brother, Łukasz. 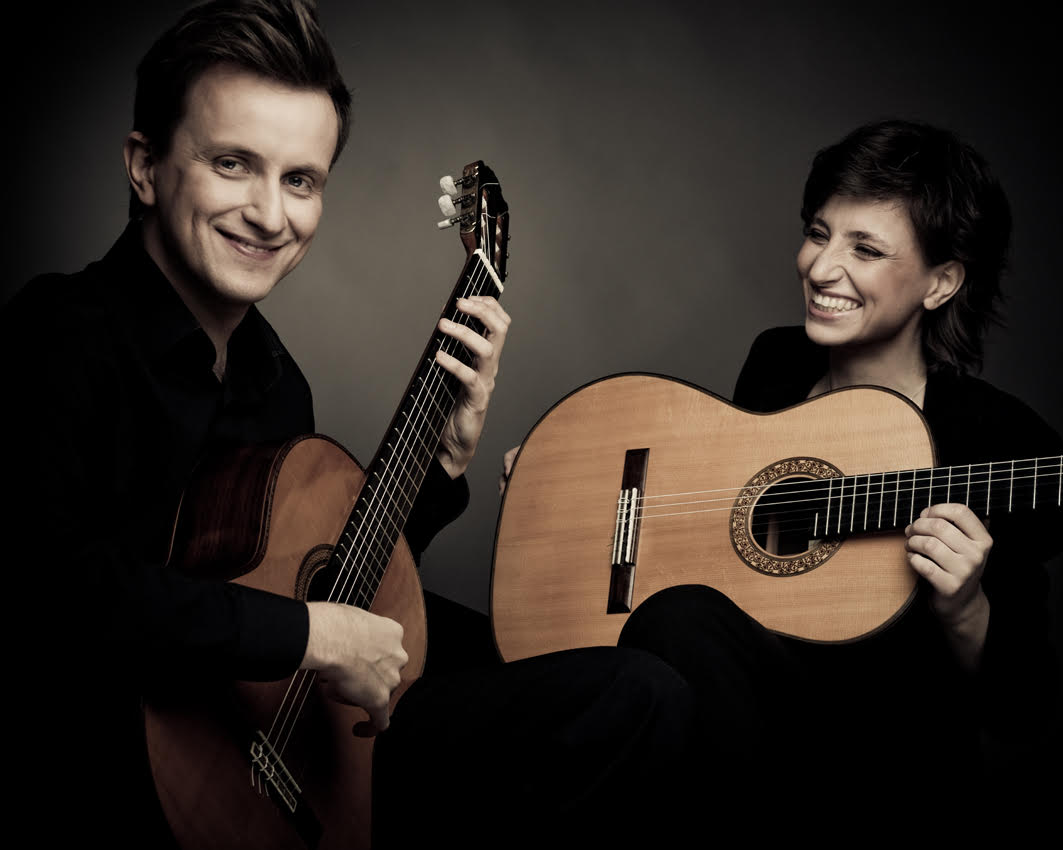 Together they made an album of music. One piece you might enjoy is Deciso, which you can find at http://annapietrzak.com/en/farewell-anna-lukasz-pietrzak

She also makes music solo, and in ensembles with other instrumentalists and vocalists.

Anna used a guitar I built to record a beautiful piece, Reflection by Jason Nett. This piece appears at the end of a video she put together in homage of a festival, Guitaromania 2019. Reflection is the soundtrack at beginning at the 16 minute mark of the video. At the end of the video is a memory of Łukasz .

I am pleased, and touched, that Anna used my guitar to play and record Reflection. You can hear the entire piece here. I hope you enjoy it.